The Principal of Green College provides intellectual, social and administrative leadership for the College and works to support wider interdisciplinary activities at UBC.

Mark Vessey has been Principal of Green College at UBC since 2008. He had a long history with the College before that, having served as Acting Principal in 1998-99, and as a Faculty Member of Common Room since 1994.

Mark has an MA in English from the University of Cambridge and a DPhil in Ancient History from the University of Oxford. He came to UBC in 1989 as an I. W. Killam Postdoctoral Fellow in the Department of English, and was appointed to a faculty position in that department the following year. He held a Visiting Fellowship at All Souls’ College, Oxford, in 1997 and was Visiting Professor of Augustinian Studies at Villanova University in 2000. In 2001 he was awarded a Canada Research Chair in Literature / Christianity and Culture (renewed in 2005), and in 2005 won a Senior Killam Research Prize at UBC. Before taking up his position as Principal of the College, he served as Associate Head of the English Department and Chair of the Graduate Program in English. He was a member of the UBC Senate, representing the Faculty of Arts, from 2002 to 2003, and again from 2008 to 2014.

His scholarly research focuses on processes of text-, canon- and discipline-formation in the Latin culture of the later Roman Empire (4th to 6th centuries) and their long-term role in shaping discourses and institutions of “western” culture, particularly those associated with “literature.” He has published extensively in the fields of late Roman history, Latin patristics, early medieval studies, Latin and English Renaissance literatures (notably the works of Erasmus of Rotterdam), literary theory, and history of the book.

His books include a collection of essays on Latin Christian Writers in Late Antiquity and their Texts (2005), an edited volume on Augustine and the Disciplines (2005), an edition of Augustine’s Confessions (in English) for Barnes & Noble Classics (2007), a Companion to Augustine (2012) and an edited volume on The Calling of the Nations: Exegesis, Ethnography and Empire in a Biblical Historic Present (2011), derived from a Thematic Lecture Series at Green College and an Exploratory Workshop at UBC’s Peter Wall Institute for Advanced Studies. A student edition of a major work of literary and hermeneutical theory by Erasmus of Rotterdam, for which he is lead contributor, is due out in early 2021 from the University of Toronto Press. Most of his work takes the form of essays for journals and collections, of which he has published 100 or so.

He is a member of the editorial boards of the Journal of Late Antiquity and of Erasmus Studies, of the Collected Works of Erasmus published by the University of Toronto Press, and of the Catalogus Translationum et Commentariorum. From 2013 to 2018 he was one of the team leaders on the SSHRC-funded international research partnership “Early Modern Conversions: Religions, Cultures, Cognitive Ecologies, 1300–1700,” based at McGill University.

The College Vice Principals are both former Resident Members of the College with PhDs from UBC, have served on the College’s Advisory Board, and have wide and deep experience of university life in Canada and other parts of the world. Airini is currently Provost and Vice President Academic at the University of Saskatchewan. Nicola (Nikki) Hodges is a Professor in the School of Kinesiology at UBC. Each recently found a moment to talk to the Green College Annual Report & Society Magazine about what Green College means to them and what part they hope to play in its future.

Airini and Nicola bring to Green College the skills they have acquired over successful careers as academics, each researching a unique area of interest to which they continue to contribute actively as scholars. 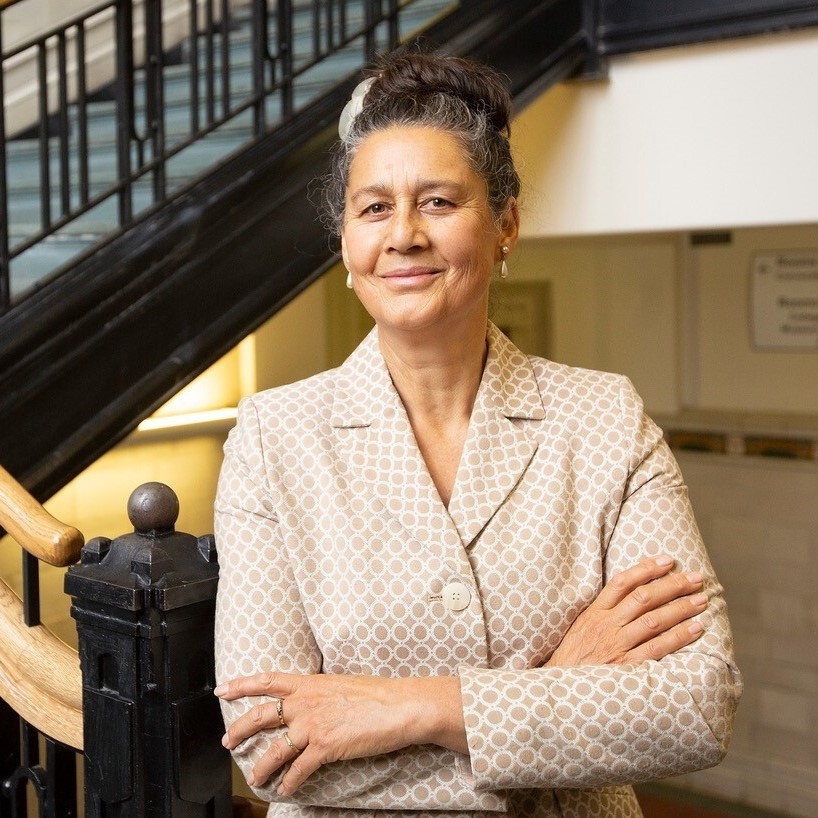 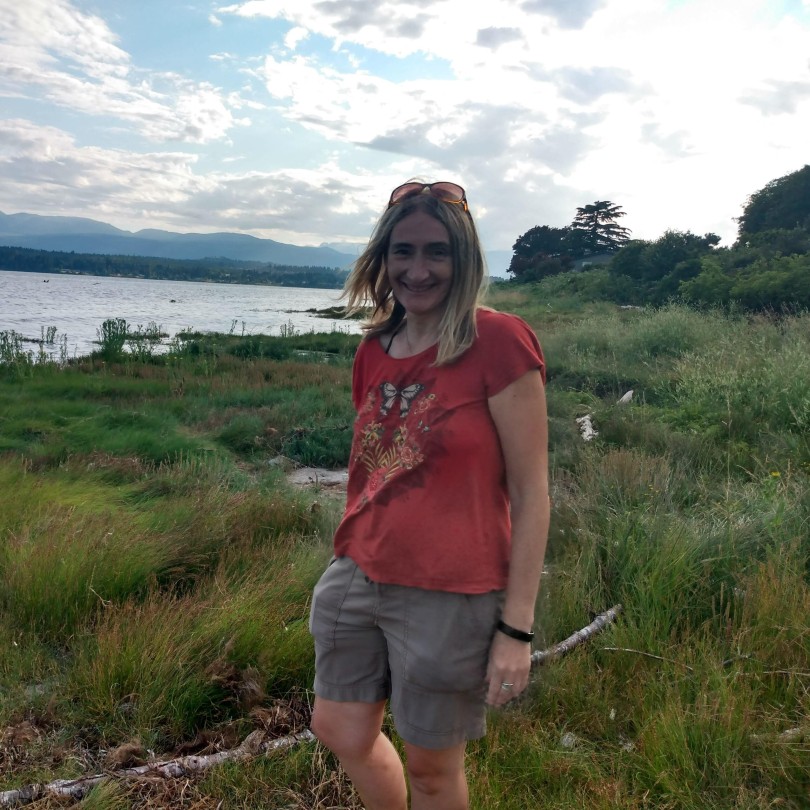 Airini earned her PhD at UBC in Curriculum and Instruction, adding it to a BA in Religious Studies, a Master of Education and an MBA. She has been recognized by UBC as one of its Outstanding Alumni and as an Indigenous Woman Leader. She has led educational planning strategies in several different countries, handling budgets of over 90 million dollars, and is currently an advisor to the UN’s Food and Agriculture Division. Her research focuses on the accessibility of educational success for all. Airini brings to her role as Vice Principal her view that research and leadership are forms of service. She says: “I will always be asking myself: How will my time in service and as Vice Principal be of greatest benefit to the students, to the staff, the leadership and to the community that Green College wishes to connect with.” She intends, as well, to approach her role “with an appreciation for the opportunity to be in a nation and nation’s territory, and to be a visitor there and to be in service to a land that has been involved in research and teaching and community-making and ideas exchange for millennia.”

Nicola holds a PhD from UBC in Human Kinetics, as well as an MSc in Human Biodynamics and a BSc in Psychology. She currently runs the Motor Skills Lab in Kinesiology at UBC, which examines how and why various practice variables (such as instruction, demonstrations, feedback and order of practice) impact motor learning and transfer. Nicola has a keen sense of the interdisciplinarity of the College. “I’m almost like a prototypical multidisciplinary researcher,” she says, noting that her research has been funded by all three Tri-Agencies in Canada. Currently, she is doing work that straddles the social sciences and natural sciences. Nicola has remained a part of the Green College community since moving out, often going to talks which she says she finds invigorating: “I’ve been teaching all day and dealing with lots of things, and I walk over to the College, there’s a sort of physical distance. You walk over to the Coach House and you listen to a talk that’s not in your area, so you can put your pen down. You don’t have to worry about taking notes and can just listen to something that reminds you why you’re a scholar, and how privileged you are to have time to think and listen and engage in ideas and friendship.”

Airini and Nicola come back to Green College with their experience as former Resident Members. “Afterwards,” remarks Airini, “you realize what an incredible opportunity it was: to break down barriers, to genuinely come together and have a go at talking across disciplines and sharing ideas that range from a microbe to black holes, from chemistry to poetry, from education—my world—to saving languages, saving salmon, saving trees.” Closing her eyes, she continued: “If I just close my eyes and say ‘Green College,’ all of these different images come forward, from the dining hall, to the scholars coming in to give talks, to when we were lucky enough to have a gala … and then to look outside my window from time to time when I’d be beavering away on my PhD research and to see the extraordinary forest.” In the end, she said, living at Green “was this rarefied time of privilege to really swim in ideas and research and make yourself something that could do something that mattered.”

For Nicola, one of the most significant parts of College life was the people she was surrounded with, all coming from different programs and disciplines. “You arrive at dinner,” she reminisced, “and you sit down and you have these weird and wonderful conversations, which was energizing. I think, especially after a very long day in your subject area, it was nice to just be in somebody else’s world and subject area.” Some of Nicola’s specific memories of her time at the College, and which she narrated fondly, include joining the Green College Players and performing in productions of Twelfth Night and The Importance of Being Ernest. The beauty of Green College, Nicola suggested, is that “there’s no shortage of people around you who will say ‘Yes, let’s do this’ and actually will go and do something about it. I mean, that’s what's so amazing about Green College.” She recalled one instance of this when a friend, who was in a pipe band at Simon Fraser University, offered to come to the College to play with the band, on the condition that they be fed. A full-blown Robbie Burns Night was organized, with pipe-playing, kilt-wearing, poetry-reading, haggis-eating and whisky-tasting.

The care that Airini and Nicola have for Green College comes through in their wishes for its future. In Airini’s eyes, “the potential for Green College to influence what it means to be a leader, to be an intellectual, and to be a citizen has never been greater, nor has it been more greatly needed.” At a time when many parts of the world are putting up barriers, “being angry with one another and finding it too difficult to listen or to reach out, Green College is actually about causing people to come together, opening minds and ears and hearts to listening to differences of disciplinary perspective, or theoretical perspective. It’s about having an underpinning premise that it is possible for us to actually coexist, and that’s hard work. That’s really hard work.” According to Nicola, the purpose of Green College is “to capture and sustain the creativity that comes from people being together, people who are engaged, and intelligent—to remain the wonderful place it is for new graduate students, and continuing graduate students and postdocs who want to be somewhere that supports more than just their immediate traditional study.”

Former Principals of the College include: