Space: The best place to be right now, if you can avoid getting hit by space junk

Don’t think space junk is a problem? Think again. What is space junk, why is it a problem and what are some potential solutions for reducing the threats of space debris. 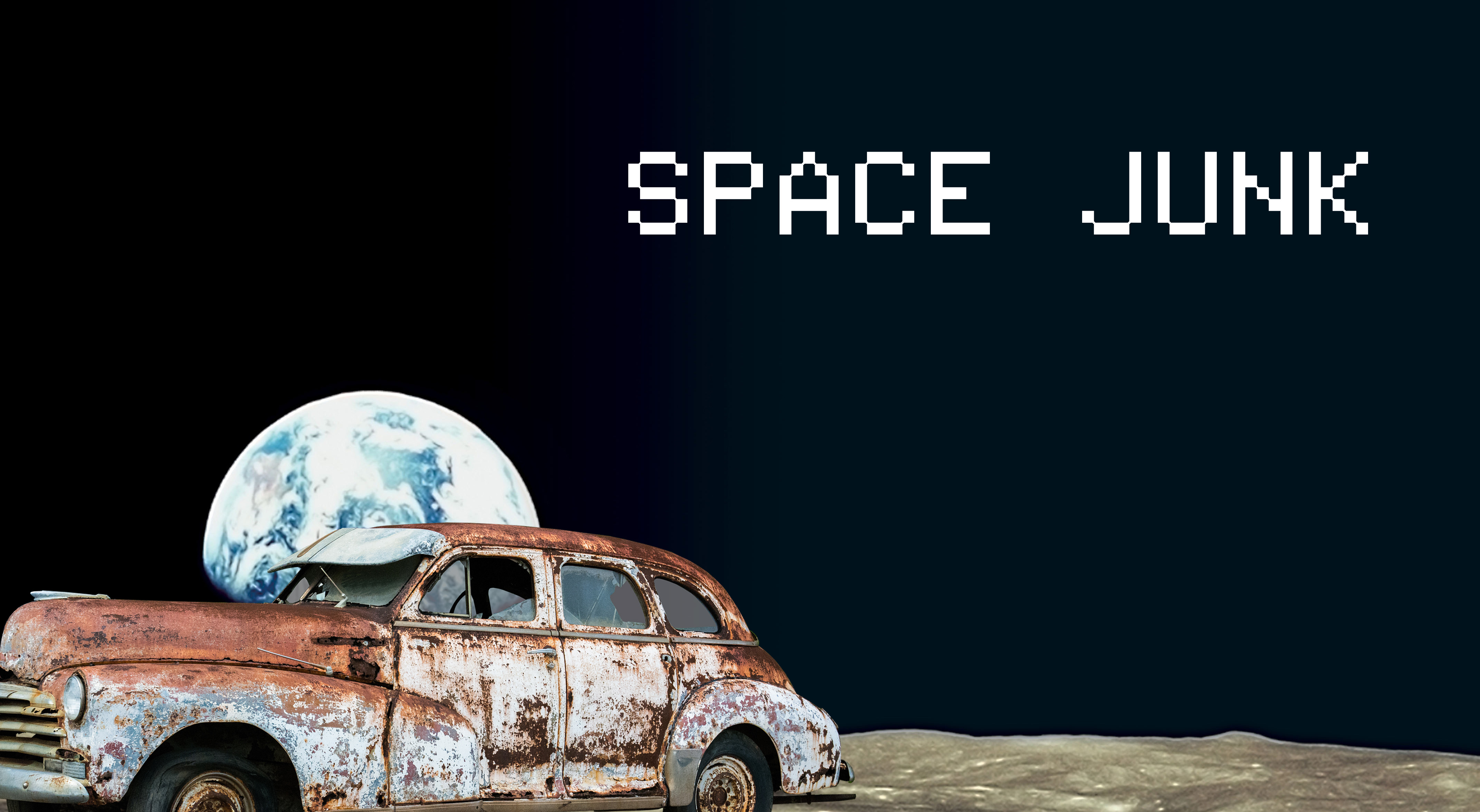 Aaron J. Rosengren is currently an Assistant Professor in the Aerospace and Mechanical Engineering Department at the University of Arizona, focusing on SSA and Astrodynamics research. Formerly, he was a Postdoctoral Researcher at the Aristotle University of Thessaloniki in the Department of Physics as part of the EU H2020 Project ReDSHIFT. He also spent two years as an Experienced Researcher at the Institute of Applied Physics "Nello Carrara" of the Italian National Research Council as part of the Stardust Asteroid and Space Debris Network. He earned a B.S. in Mathematics and a B.S. in Mechanical Engineering from the University of Missouri, and was awarded an M.S. and a Ph.D. in Aerospace Engineering Sciences from the University of Colorado at Boulder, working with Prof. Dan Scheeres as a member of the Colorado Center for Astrodynamics Research. Research interests include space situational awareness, orbital debris, planetary science, celestial mechanics, and dynamical astronomy (https://ame.engineering.arizona.edu/faculty-staff/faculty/aaron-j-rosengren). 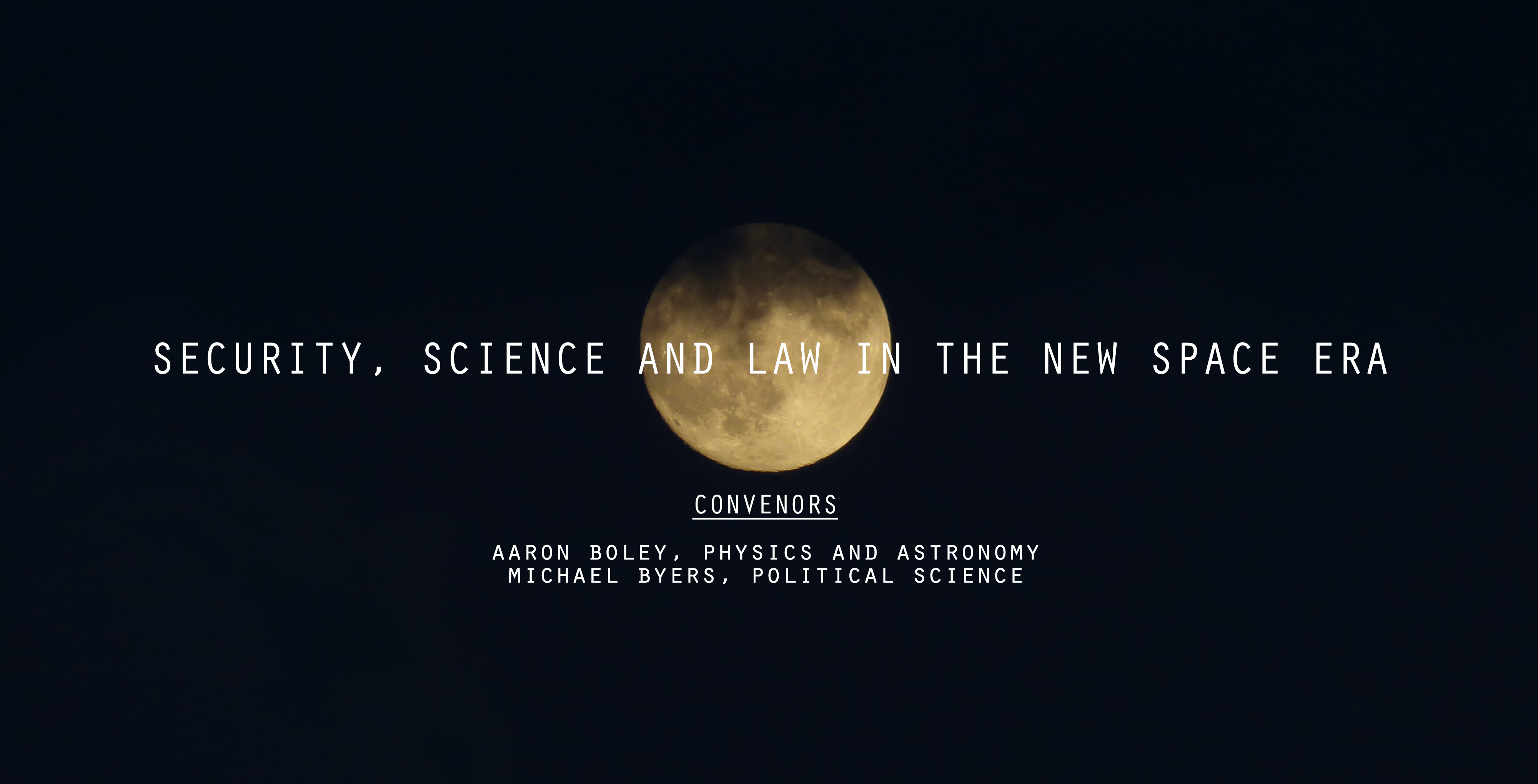 Featured in Nature in 2018, Aaron Rosengren explains the orbital dangers circling the globe. In January of this year, he visited Green College to speak on this in one of the new cross-sectoral series for 2019-20, Security, Science and Law in the New Space Era:

Dr. Rosengren writes: “Like the exotic orbital configurations of many exoplanetary systems, the three-dimensional complex of man-made orbiting debris, brought on by unfettered space activities, has stimulated a renewed interest in applied and fundamental research in celestial dynamics. Despite their reputed normality, Earth satellite orbits can possess an extraordinarily rich spectrum of dynamical phenomena, from stable resonant configurations to significant chaotic drifts in circumterrestrial space throughout their orbital lifetimes. This talk will review these intriguing dynamical phenomena in the Earth orbiter problem and highlight their deeper connections with current aspects of dynamical astronomy.” 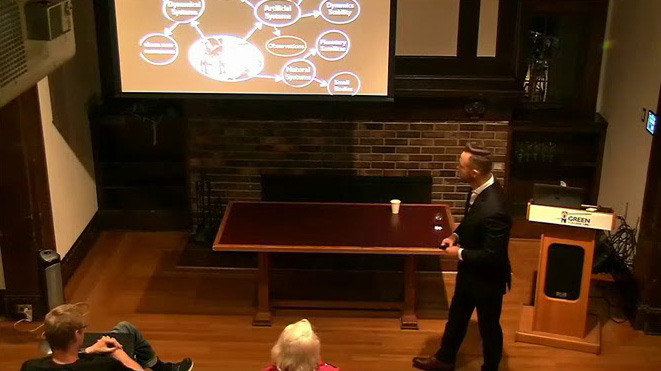