A Pipa in the Coach House: It’s Music to Your Ears

Green College was the stage to many musical and cultural performances in the 2019-20 programming year. The brand new series Mehfil, brought in a season’s worth of sights and sounds from South Asia to the Coach House. One of the latest uploads to the GC YouTube channel featured their event on Dhrupad, the oldest surviving classical style of Hindustani vocal music. In this week’s video highlight, we take a look at another harmonious combination of talk and performance. This time from China, and presented by the Early Music Vancouver Series at Green College.

The Early Music Vancouver (EMV) and Green College connection goes back to the 1990s. For several years, the College was home to the EMV summer residency program, and through their partnership, have collaborated over the last decade delivering lecture-performances beginning in 2009-10 with a series called “The Sonata Project” (look back 10 years and check out the 2009-10 Annual Report here).

Fast forward to 2019-20, where Early Music Vancouver fills the Coach House with the Cultures of Performance:

In an exciting new departure for its programming at Green College, Early Music Vancouver presents a series of talks and recitals that exemplify modalities of musical performance in cultures distinct from that of the western classical repertoire.
(This series is convened by Matthew White, Executive and Artistic Director at Early Music Vancouver).

In this event, Qiu Xia He tells her tale of the Pipa, an instrument she fell in love with, perhaps at first sight. Introduced to the four-string instrument at a young age, she had no clue what it was about, but became fascinated. She wasn’t born in a family that had a tradition of passing down instruments.

“Immediately, I fall in love to this Pipa,” she says in her opening remarks.

Her curiosity led her to become a professional at 13.

Born in the province of Shaanxi, China, Qiu Xia studied at the Xian Music Academy where she became an expert in Pipa repertoire and Chinese music. Since immigrating to Canada in 1989, Qiu Xia has made friends all around the world through her music. She has been invited as a featured soloist with several symphony orchestras, including the VSO, and with her own ensembles, Silk Road Music and JouTou, has put her stamp on the world music stage, extending the techniques and approaches of the traditional Pipa.

Qiu Xia He’s interests explore where the Pipa comes from, its connection to the world and its roots in Early Music. Her journey took her to Canada, where she learned what the Pipa meant to her. In China, she knew the instrument only technically, but in Canada she found out how to play it musically. 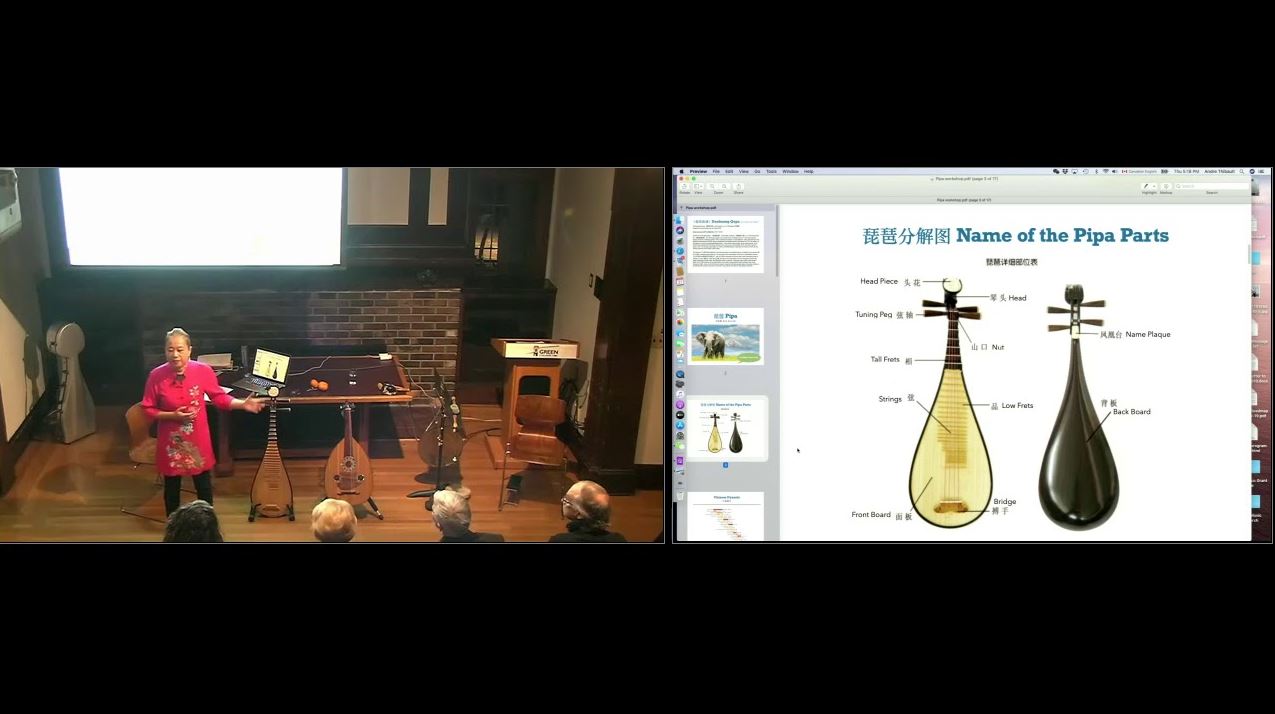