Hope as Rebellion: Changing Environmental Thought and the Climate Crisis

Hope as Rebellion: Changing Environmental Thought and the Climate Crisis

The panel consisted of four speakers: Graeme Wynn, co-editor of The Nature of Canada, who introduced the book; writer, photographer, and anthropologist Wade Davis; environmental activist, campaigner, and writer Tzeporah Berman; founding President of Ecotrust Canada Ian Gill; with Marsha Lederman from the Globe and Mail as moderator.

The talk began by depicting Canadians as a people at one with their environment, who look to the landscape to understand themselves. This developed into a complex contradiction, however, with Tzeporah Berman exposing the ways in which this very image of Canada and Canadians as inherently green has obscured the unsustainable reality of the situation. It is a misleading belief that we can continue to live on the land in the same way, and that anything we do to the environment must be okay, because we’re Canadian and we are a green people.

Ian Gill continued to unpack this image of a green Canada, looking at the colonial project as based on the twin fears of Nature and Natives. Ian emphasized that it is time for a change in the narrative of how we interact with Nature and Indigenous people. The hope for better systems can come with the destruction of the old systems, but we needed to get out of a place of fear and into a place of opportunity and hope. 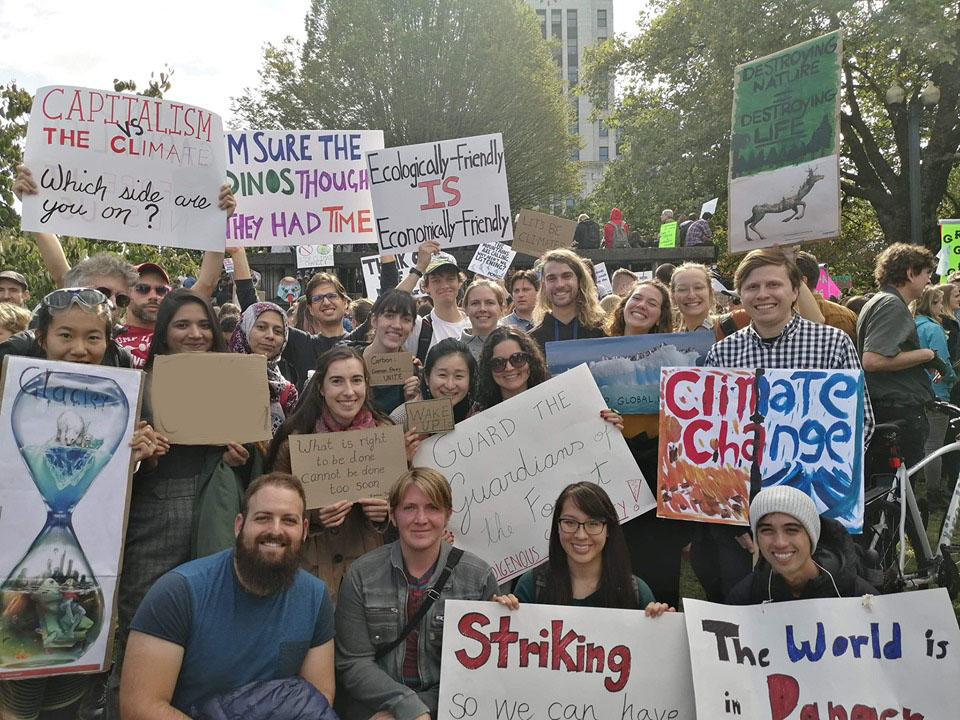 There is a growing sense of hope, and this hope has become a resistance. Hundreds of thousands of people rallied across Canada to take part in the September Climate Strike marches, joining over one hundred and fifty other countries around the globe. “The way we think about the environment is changing,” Tzeporah says, “and maybe this is our tipping point moment.”

The Nature of Canada is a collection of reflective essays that explore environmental issues past and present. It is available from UBC Press.