Once a mansion, once a home, and once the UBC School of Social Work.

Some people say things are meant to be.

Nevertheless, like the previous tales of the College and its history, not everything was as it seemed or straightforward. To be sure, Graham House provided a certain charm, elegance, and luxuriousness very rarely experienced by a University department. However, the School begrudgingly accepted the new home with “great reluctance and a sense of betrayal.” Dr. Dixon maintained the move was forever temporary, while waiting for the new building that had been promised. The fear from Dixon was a relapse of seeming acceptance at the temporary home might cause the University to renegotiate the promise of a new building. We can see evidence of this from the quote to reporters at the time in response to questions regarding major remodeling: “the social work faculty move was just temporary until a new social work building is constructed on the campus scheduled for 1968.” 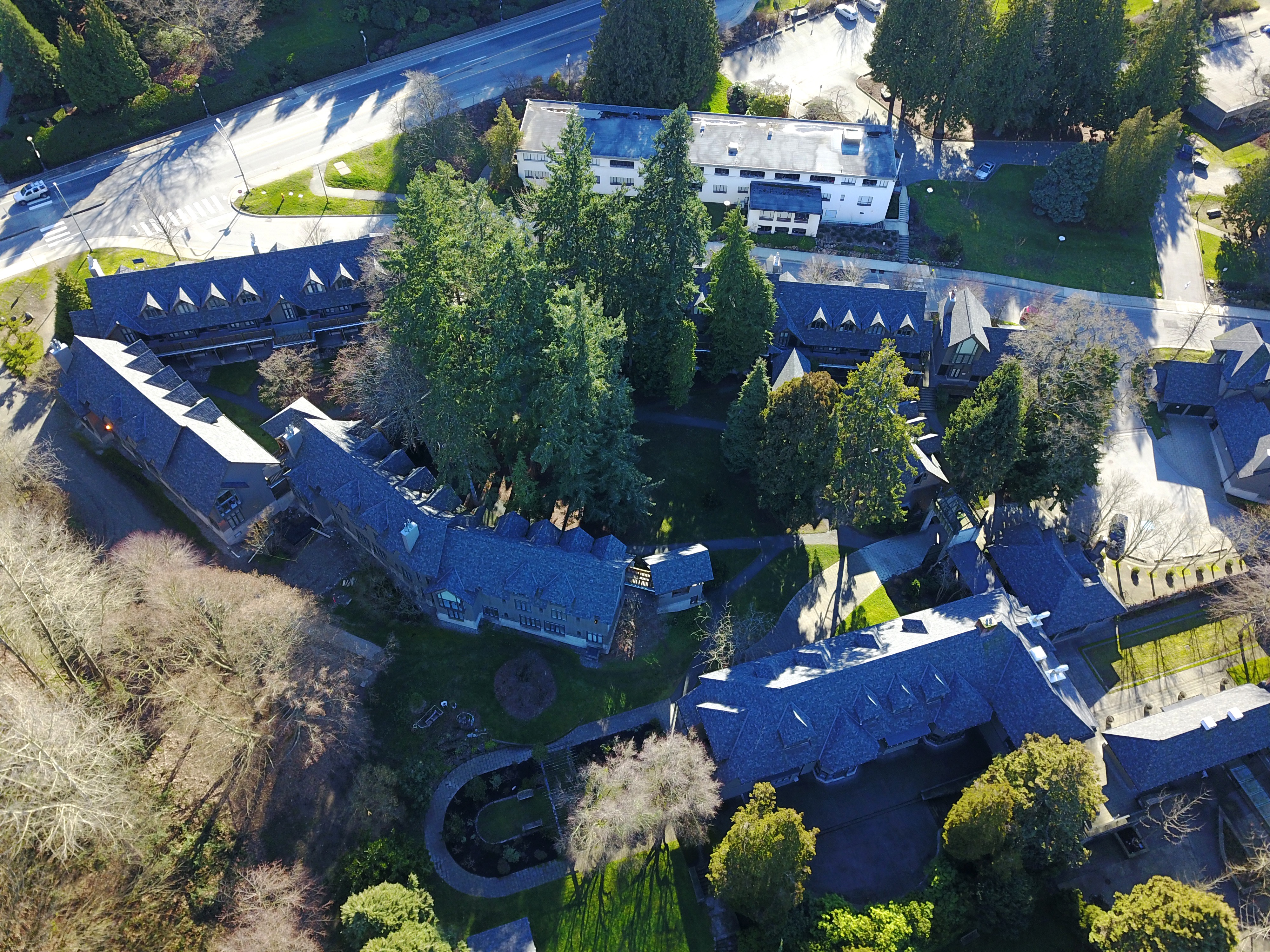 Evermore recognizant of this happening was Dean Dixon who discussed the problem with John C.H. Porter, Architectural Planner. Dixon points out how other schools of social work had fared in institutions such as Columbia, Toronto and Chicago. All had plans for brand new buildings, and McGill recently moved to a new one. Dixon said, “Should we occupy the residence there will undoubtedly be some superficial remarks about the glamour of the setting but, if I judge things correctly, the basic notion will be that we have come off second best in the primary sweepstakes and, in fact imperiled our announced priority position.”

Dixon had multiple grievances with the move including the narrow stairways hampering the flow of movement and crowding people, and the deterioration of the building would create high maintenance costs for the University affecting his department. In addition, the location cut off students from the main campus. One could say it was like the family moving in to Olaf’s house in the book A Series of Unfortunate Events.

The move went ahead and the School of Social Work began to occupy Graham House, easing into the elegance and adjusting to the new surroundings. The changing energy and purpose shifted, “the bedroom where Prince Philip had slept now became the administration office, the oak-paneled dining room where so many illustrious guests had dined with the Grahams became a lecture room, and the downstairs party room became a student lounge and lunch area.” The neighboring Coach House was converted to the School’s library. In the early days, the solariums were maintained and the swimming pool system was worked out under the “sponsorship of the Faculty Association for faculty and staff members and their immediate families.” Again, the upkeep expenses were significant and ironic to the day-to-day workings of a university department. So the once elegant touch of the mansion was slowly mutating to a more “utilitarian and institutional atmosphere.” Unique in this mutation were certain pieces that have been maintained: “original fireplaces, leaded windows, paneled walls and beautiful gardens were still beating. Like the flow of life, the community began to carve out their story and with time “the faculty, staff, and students succumbed to the building’s charms, hosting open houses for the welfare community and strawberry teas in the garden for faculty and students.”

However, Dr. Dixon’s warnings were not misplaced. The maintenance of the aging building was a constant strain for academic budgets. In 1975, a memorandum issued by then Director of the School of Social Work, Dr. George M. Hougham expressed the real consequences of the warnings brought before by Dr. Dixon. The deterioration was so severe, “secretarial staff and students were being sent home due to periodic breakdowns of the unreliable heating system; the leaking roof would require $50,000 to replace; and the ground floor was subject to frequent flooding during heavy rainfalls due to the poor drainage system.” The memorandum was a call for the University to remember its promise of a new building.

The school continued to solider on until 1990, when the proposal to build Green College on the Graham House property and the relocation for the School of Social work to a new building was confirmed. The phrase “you do not know what you have until it’s gone rings true,” because as much heartache the maintenance was for budgeting, the memories and nostalgia of the 28 years spent here were real. The School of Social Work packed their belonging in the autumn of 1992 filled with tears of nostalgia and fond memories. It’ is not easy to forget the pull of the charm and history.

Nevertheless, like the flow of life, it was Green College’s turn to impart its energy into the space.

“The next chapter belonged to Green College.”