An excerpt from Andrei’s lecture on “The Expanding Universe: Historical, Theoretical and Aesthetic Observations”

... But I expect you’re already getting tired of physics. So let me talk a bit about the people associated with the discoveries I’ve been describing, especially those whom I’ve met in my life. I will focus on what I witnessed in the progress of quantum gravity and on the people responsible for that in the late years of the Soviet era, which is when my own scientific career began. This was a very interesting time—a period of great liberation in all spheres, from politics to arts and science. It was a time of naive but sincere public debates between physicists and lyricists, of Kruschev’s “thaw,” of recovery from the deep freeze of Stalinist Soviet Russia. This moment created the opportunity for individuals who, in the late 1970s and early ‘80s, would make a real breakthrough in classical and quantum gravity, revolutionizing our understanding of quantum gauge theories, gravity and cosmology.

Of course, this was not the first time Russian physicists made a major contribution to world science. It is enough to name Alexander Friedmann (1888-1925): his debate with Einstein, his tragic death in the early 1920s in starving St Petersburg, and the scandalous oblivion that overtook his memory in his own country, which ended only at his centennial jubilee and then in grotesque fashion. The organizers of his memorial conference, looking for his lost grave at one of the Leningrad cemeteries, met a gravedigger, who, in reply to their question as to the whereabouts of a certain Friedman’s grave, asked: Do you mean the one who suggested eradicating the cosmological term from the Einstein equation? If only there were more such gravediggers—the history of Russia would be very different.

My own encounters with prominent Soviet physicists began with Yakov Zeldovich (1914-1987), whose pioneering contribution to nuclear physics, astrophysics and relativistic cosmology is well known to specialists. I can’t say much about him, because I was not lucky enough to fall in his particular field of gravity research, but I remember him as very democratic with students, wearing a ragged sweater, rapid as mercury, running up and down stairs instead of using elevators.

Of momentous importance for gravity theory in our country was the series of triennial Moscow Quantum Gravity Seminars that brought together Soviet and foreign theoretical physicists. The moving spirit behind the seminars was M. A. Markov (1908-1994). He belonged to that great pleiad of Soviets physicists who (like Zeldovich) participated in the Soviet version of the Manhattan project and, because of its success, acquired great authority and power, which Markov as the Academician-secretary of the Nuclear Physics Department of the Academy of Sciences used to create and increase contacts between Soviet and western theoretical and experimental physics, especially in the field of quantum gravity and cosmology. 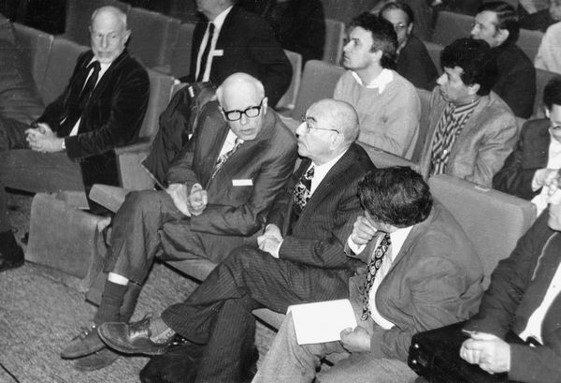 This slide shows the American physicist Bryce DeWitt at a session of the Moscow Quantum Gravity Seminar with Andrei Sakharov and Yakov Zeldovich. Andrei Sakharov is an iconic figure of the last years of the Soviet era: creator of the Soviet hydrogen bomb, author of the theory of the convergence of socialism and capitalism, opponent of Soviet power and one of the leaders of democratic opposition in the Soviet Union.

Others who attended the Moscow Quantum Gravity Seminars back then were Valery Frolov, currently Killam Professor of Physics at the University of Alberta, and Werner Israel, now professor emeritus in Victoria, known for his fundamental contribution to general relativity theory, and Bill Unruh, Professor of Physics and Astronomy here at UBC, author of the so-called Quantum Unruh Effect.

In the same company as these people is someone to whom I owe a lot in my research career, Gregory Vilkovisky. Never in my life have I met another person of equal analytical capacities and scientific charisma. He is universally recognized for his contribution to the quantization of gauge theories and to the theory of quantum black hole collapse. It was through “Grisha” Vilkovisky that I entered the orbit of Bryce DeWitt.

Here’s another picture from the Moscow Seminars: John Wheeler and I after an excursion to see an exhibition of paintings by famous Russian post-Revolution artist Pavel Korin, “Descending Russia.” John Wheeler is an American physicist, a prominent member of the American nuclear program, the father of the American gravitational school, and the person whose popular book, Einstein’s Vision, converted me to gravitational physics when I read it during my high school days.

A truly fundamental breakthrough in our understanding of the physics of the early Universe, which occurred during the days of the Moscow Quantum Gravity Seminars, was the discovery of inflation and its role in the formation of large-scale structure. The steps to this new paradigm—replacement of the old Big Bang picture by the picture of a vacuum generating everything around us due to quantum fluctuations—were taken by Alexei Starobinsky and Viacheslav (“Slava”) Mukhanov, with his coauthor Gennadiy Chibisov. Slava Mukhanov is now professor at the Ludwig Maximillian University in Munich and one of my research collaborators.

To wrap up this summary account of the time of the Moscow Quantum Gravity Seminars—which, as you will have gathered by now, was the prelude to an exodus of Russian physicists from East to West following the collapse of the Soviet Union—let me point out that the main invention of this epoch—the theory of inflation, as just outlined—is now the most promising candidate to explain the early history of our Universe. It gets better and better confirmation by satellite and other observations, even though its fundamental origin and mechanism are not yet established. The modelling of the origin of inflation began, of course, simultaneously with the suggestion of the scenario, and here again we see the influence of East upon West. A key figure in this area of research is Andrei Linde, currently professor at Stanford University, who has proposed numerous scenarios of inflation (some of which were worked out earlier and independently by Starobinsky). The celebrity of Andrei Linde is such that the US immigration authorities would even let him into the country without a visa in early days of his professorship at Stanford.

Now let me get back to physics again. 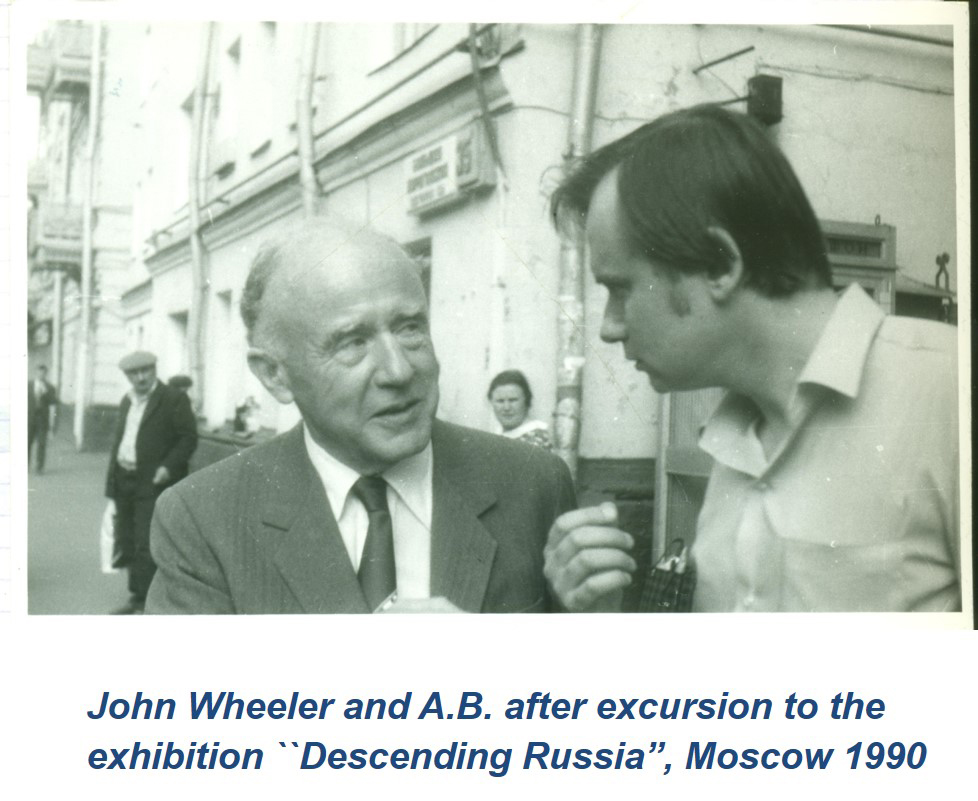