Don’t Get Locked In

Henrik Jacobsen on Climate Change and the “Smart City”

The second lecture in the Resident Members’ Series this year was brought to us by Henrik Jacobsen, a third-year PhD student in the Department of Political Science. The talk focused on the concept of the “smart city” especially in the context of our current climate crisis.

Henrik’s research in this area is part of a collaborative project with the Oxford Programme for the Future of Cities, and his talk introduced the work with an historical overview of cities and city technologies, and cities within Political Science.

The city is a system of nested technologies, developed over time, shaping the social, economic, and environmental interactions of its population. Modern technologies, it would seem, are constantly being updated and advanced, changing the way the city looks, feels, moves. But are these technologies truly changing, was the question that Henrik asked, or are they merely continuing along the same, standard line of thought that has been leading scientific and technological advancement for centuries? 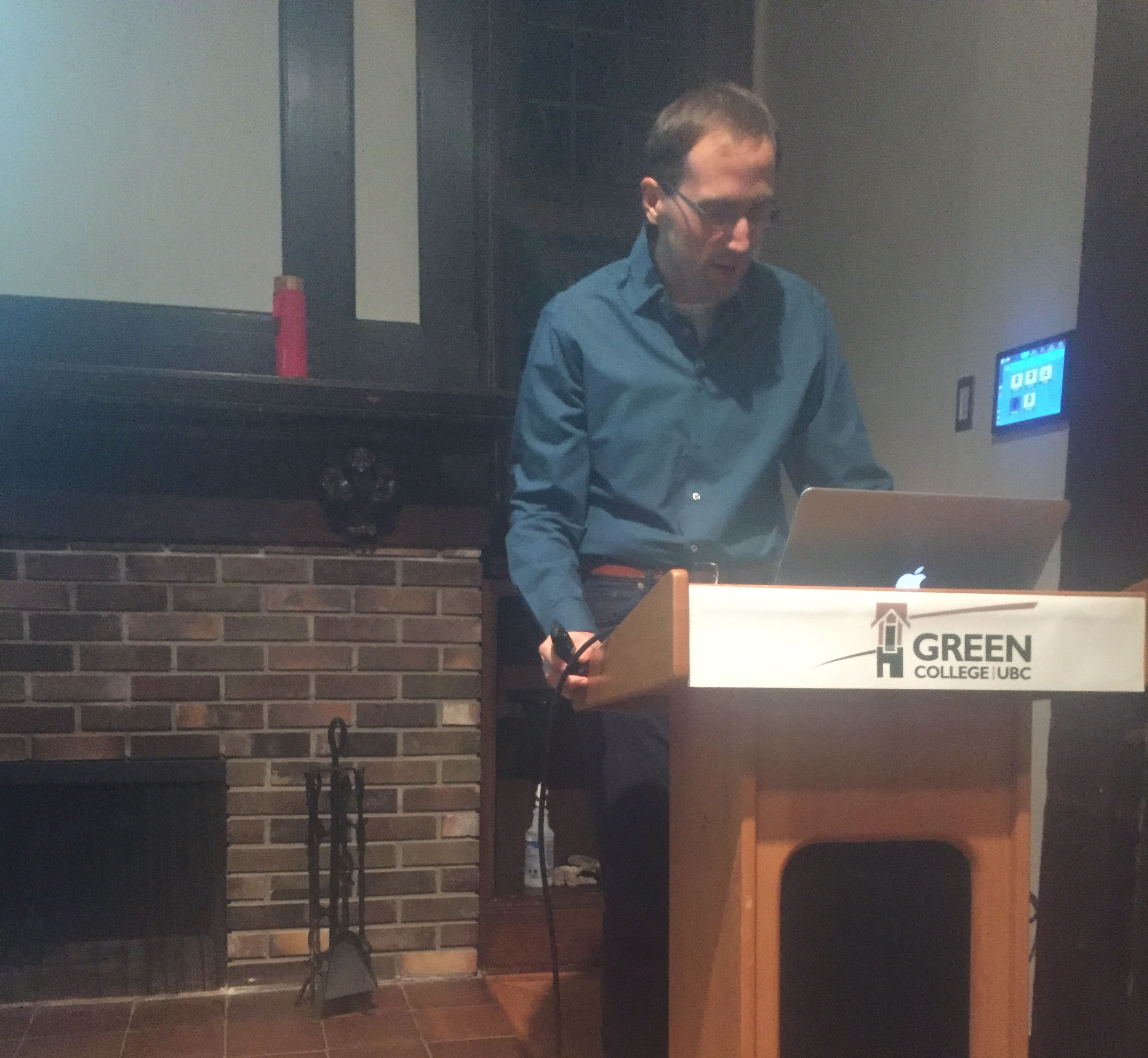 Henrik’s key focus, then, was on this idea of technology lock-in, a form of economic path dependence whereby certain social practices determine subsequent social practices. One of his examples for this was the use of clean water in toilets which came about due to the development of the flushing toilet system around a time of concerns over water-borne diseases such as cholera. This “unfortunate confluence,” has led to what is an unsustainable standard of international sanitation.

Technology and social behaviour are mutually constitutive, and as technologies are integrated into social systems they become harder to change. Transitional technologies, such as the hybrid car, help alleviate adjustment issues. But as we are faced with the crisis of climate change we must accept that more needs to be done to change the way we run our cities, and the way we think about new technologies.